Blog - Latest News
You are here: Home / Travel / When the economy gets sick

Businesses hate uncertainty. As businesses from yoga studios, restaurants
and movie theaters to hotels, cruise lines and even airlines shut down over the Corona Virus contagion, it has created an uncertain future.

Some companies have already started layoffs, others have frozen hiring and the chain reaction of low demand and business uncertainty has been set in motion.

Recognizing this, the Federal Reserve has taken steps to help the economy as it pushes towards a
recession.

It slashed interest rates to near zero, announced aggressive policies to
increase the supply of money. But the markets continue to teeter, signaling to
the Fed that it needs even more drastic actions. As the government prepares for
more intervention, this is a great opportunity to understand the role of the
government and in particular that of Federal Reserve in helping the markets.

Just like a doctor diagnoses a patient, the Federal reserve diagnoses the
economy, prescribes medicine and dietary changes and puts the economic machine
back on track.

The Federal Reserve is the central bank of the United States. It has two
main responsibilities. One is to keep prices stable, that is fight against high
inflation or deflation. The second responsibility is to support the economy so
that it has maximum employment. To fulfill these responsibilities, the Fed
takes numerous actions such as regulating other banks, deciding how much US
dollars there should be out there and maintaining a smooth financial market in
general.

In reality the Federal Reserve Bank is not just one bank but a system of
several banks and branches. It consists of twelve other regional Federal Reserve
banks and a very important branch called the Federal Open Markets committee
(FOMC). The FOMC sets the monetary policies that determine interest rates and
supply of money. The Federal Reserve system is governed by the board of
governors that are selected by the President and approved by Congress. The
current chairman of the Fed is Jerome Powell.

While the Fed treats the economy when it goes through a recession, the
information that there’s a recession is only available in hindsight. In fact,
it typically takes economists twelve months after it takes place to declare a
recession.

Hence, the Fed closely monitors the economy to constantly assess its
direction. It takes the temperature of the economy using numerous forecasts and
communicating to the public with its meetings.

What the Fed does when the economy slows down

As the economy expands, the demand for goods and services may not keep up
with the supply. This may happen as the economy naturally slows down after a
period of great demand . Or it may be triggered by an external force such as
the recent shock from the coronavirus shutdown.

Because employment is so vital for the economy and businesses create jobs,
the Fed’s monetary policies are aimed at providing money to businesses so that
they can keep afloat grappling through an uncertain business environment.

The Fed makes this possible by making it easier for businesses to get loans
so that they can hire people and expand their business. This also helps
individuals get loans to buy homes or buy cars.

These are the monetary policies the Fed has taken to fight the shutdown from
the Coronavirus:

The Fed Funds rate is the interest rate that banks charge each other to
maintain reserves. The Fed doesn’t set this interest rate itself but
manipulates it by controlling money it gives to the banks. This in turn sets
the Fed funds rate. The lower the Fed funds rate, the more money the banks lend
to businesses and consumers, thus making more money available in the economy
and more certainty to businesses.

How does the Fed influence the fed funds rate? Tools

Once the Fed sets the Fed lowers the Fed Funds rate, the Fed trading desk
starts buying securities such as treasury bonds. When the Fed buys securities,
it gives money to the banks, thus increasing the amount of money it has. As the
banks’ reserves increase, the rate at which they lend to each other, or the Fed
Funds rate automatically decreases

All banks must set aside some money as reserves. This sum is set by the Fed.
By changing the ratio to zero, the banks can now lend more to businesses and
consumers, thus creating more money in the system.

Quantitative easing is a non-traditional Fed tool that it used in 2008. As
banks collapsed, the need for emergency cash was so dramatic that the Fed’s
traditional tools such as the Fed Funds rate were not sufficient. So, the Fed
created even more money in the system by not only buying treasury bonds but
also buying a large amount of other bonds such as mortgage bonds, agency bonds,
etc. The Fed is re-starting the quantitative easing program by buying $700B of
bonds and injecting this money into the economy.

To stabilize the financial system, the Fed implemented several extraordinary
measures. These included creating a number of temporary emergency lending
programs to provide funding to nonbank financial institutions, such as primary
securities dealers, money market mutual funds, commercial paper issuers, and
purchasers of securitized loans. In addition, to prevent the failure of
institutions whose collapse would have threatened the entire financial system,
the Fed worked with the U.S. Treasury to provide financial support.

So, the Fed steps in to stimulate demand, again by manipulating the money
supply.

First, it increases the dollars in the system by buying treasury bonds and
providing more dollars to the economy.

Second, it decreases the Fed Funds rate so that it is now easier to borrow
money.

All of these actions causes the economy to start functioning better.

Economic indicators are akin to taking a temperature of the economy. These
signs are called leading indicators, precisely because they lead the fate of
the economy, unemployment, the housing market, etc.

What did the Fed do in Coronavirus:

As the Coronavirus has spread outside of China, it has caused massive shut
down of businesses from yoga studios and cinemas to flights, cruises and
amusement parks in order to stop the spread of the virus. This has stunted the
total demand of goods and services and caused the economy to slow down. Hence,
the Fed has taken the following actions to stimulate the economy:

What other actions does the government take to keep the economy afloat?

Besides the monetary policies taken by the Fed, the government also takes
other policies known as fiscal policies. These policies involve some kind of
government spending, for example lowering taxes, or extending unemployment
benefits, or providing healthcare benefits. When the government spends more and
floods the economy with money, the hope is that this money reaches the pockets
of consumers who in turn spend money and hence, stimulate the economy.

What does it do? Tools

As the economy slows down or overheats, the Federal reserve uses money
supply and interest rates to accelerate or put the brakes on the economy.

When the economy overheats:

Free market economy like that of the US is based on demand and supply.
Unlike controlled economies like that of China, where the central government
controls the demand and supply, in a free market economy, demand and supply
rests on the “invisible hand” of the market. That is many consumers and
suppliers. When the economic engine is doing well, theirs is healthy
consumption, healthy supply of goods and services and the prices are stable. As
the economic machine heats up, the demand for goods and services exceeds the
supply and prices increase rapidly, causing inflation. Inflation can be
detrimental to consumers as prices increase rapidly and people are not able to
afford things they need.

So, the Fed steps in and puts brakes on the economy by controlling the money
supply.

It controls the money supply in two ways.

First, it lessens the dollars in the system by selling treasury bonds and
taking dollars in.

Second, it increases a key interest rate called the Fed Funds rate so that
now, it’s harder to borrow money than before.

All these moves bring down the amount of money circulating in the economy.
As a result, prices come down and the economy slows down.

You may also like
When life gives you grief, make sculpture

What business structure should I choose? 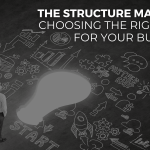